The status of health services in any district can be easily be visualised through the health infrastructure, availability and commitments of health practitioners, implementation of preventive and curative measures and availability of medicine. The main objective of any local government authority and the nation as a whole is to ensure provision of quality and timely health services to the community. In terms of health infrastructure, the number increased from 38 in 1988 to 47 in 2008 and reached 77 in 2012. As a result, Iringa Rural district has managed to raise its ratio of facilities per ward from 1.9 in 2008 to 3.1 in 2012 while the pressure of villages on facility was also reduced from 2.6 villages per facility in 2008 to 1.6 in 2012 (Table 34).

Growth Status and Distribution of Health Facilities by Division, Iringa Rural District, 1988, 2008 and 2012

Availability of Health Facilities and Ratio of Villages per Dispensary by Ward, Iringa Rural District, 2012

The provision of quality health facility depends on, among others, the availability of qualified practitioners, hospital equipment and medicines. Table 39 shows that the availability of medical personnel for the 2012 was uneven and in favour of female. Out of 318 medical staffs, 68.6 percent are female with more numbers in nursing and medical attendant carders. The district had shortage of specialist doctors, dental surgeon, assistant dental surgeon and radiologist in 2012. The ratio is more significant when compared to specialist doctors, medical doctors and radiographers since the district had no specialist doctor, radiographer and health assistants.

The modern health problem of HIV/AIDS is the single most important threat to morbidity and survival of the human race.  In the context of the country AIDS has now caught up with malaria and tuberculosis as the greatest causes of death among in-patients.  The big problems of malaria and tuberculosis are virtually static while that of HIV/AIDS is on the upsurge. Hence, the assessment of HIV/AIDS prevalence along with its control is the single greatest challenge to the health delivery system in the district and country at large.

Though it is not known when the first HIV/AIDs case was diagnosed, the available data indicates that HIV/AIDs case in Iringa Rural District was reported in early 1990s.  Since then, the number of new AIDS cases being reported each year has been on the flactuating with no sign of stagnating or reversal.  Figure 20 shows HIV/AIDS prevalence among sexes in Iringa Rural district. It shows that in the period referred more women infected than men.

THE IMPACT OF HIV/AIDS

The socio-economic assessment of Iringa Rural District is not complete without discussing the extreme challenges caused by the HIV/AIDS and the effect of efforts so far made by various local and international organisations in combating the epidemic. HIV/AIDS is highlighted in this document, because it is a major health problem and a leading cause of mortality mostly for age working group since its advent at the end of 1987. The other reason for discussing the epidemic stems from the role it plays in impoverishing families and generating widows, orphans and vulnerable children due to the loss of bread-winers in their families 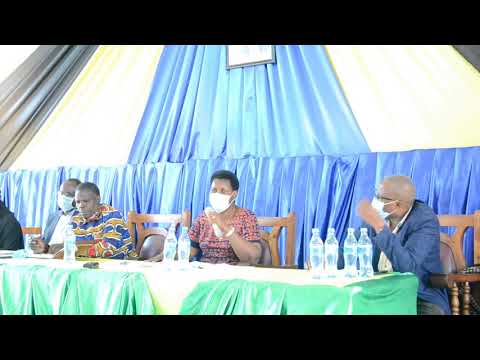